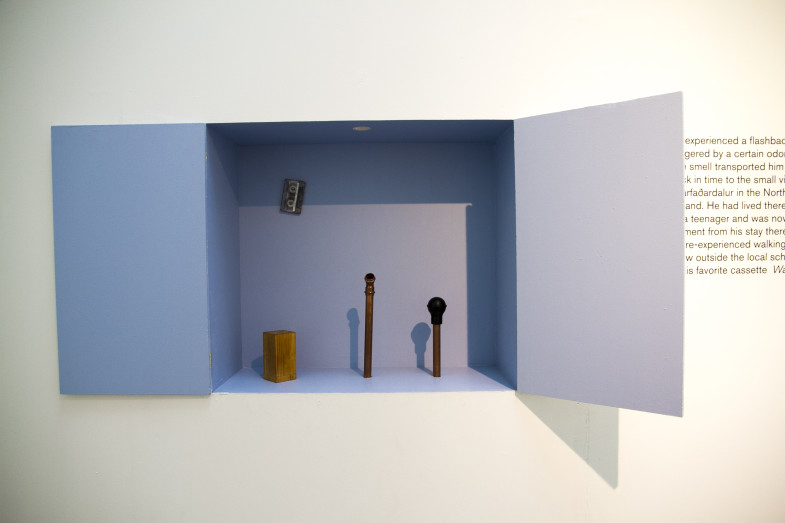 In Recycling Memories, Fridrik examines the psychological phenomenon of flashbacks, in search of ways to trigger memories. Flashbacks are immersive, involuntary memories that are triggered through sensory experience. A certain smell, song or sight can evoke a moment or feeling from past experiences, bringing us inward and backward. By engaging the senses, is it possible to deliberately trigger an involuntary memory? Can we orchestrate a sensory experience in such a way that we might be transported to a past experience? Can we recycle our memories through the experience of flashbacks? In this piece, Fridrik tries to capture the moment when the rememberer travels back in time and space, through a sensory stimuli. This is a test, an experiment if you will. An introverted journey to the center of the self.

Based on his MFA research paper that explored flashbacks.  Friðrik was inspired from reading about the phenomenon from the standpoints of  cognitive psychology, biology and storytelling.

During the writing of the paper Friðrik interviewed several people that are considered storytellers.  People that were interviewed came from several disciplines  writers artist, mathematician and  designers to name a few.   From that interviews Friðrik decided to mediate the triggers from two of the stories that he got.

The triggers were in both cases smell and music.  The bluebox memory is triggered by smell that  is in the tube.  Just by pressing the black pump you will get the odor from that memory .  Then in that flashback music plays a big part in the memory so if you you take the wooden box and put it against your ear you will hear a vague song playing.  Often like memories are, they are close but yet it can be difficult to catch them. The orange box has the same setup but in that memory is triggered by the song playing in the box and that invokes the sense of smell in the rememberer

Friðrik  found out that telling strangers about flashbacks that  were not even his own triggered the visitor of sharing his/hers own flashback  therefore opening up to complete stranger about themselves. 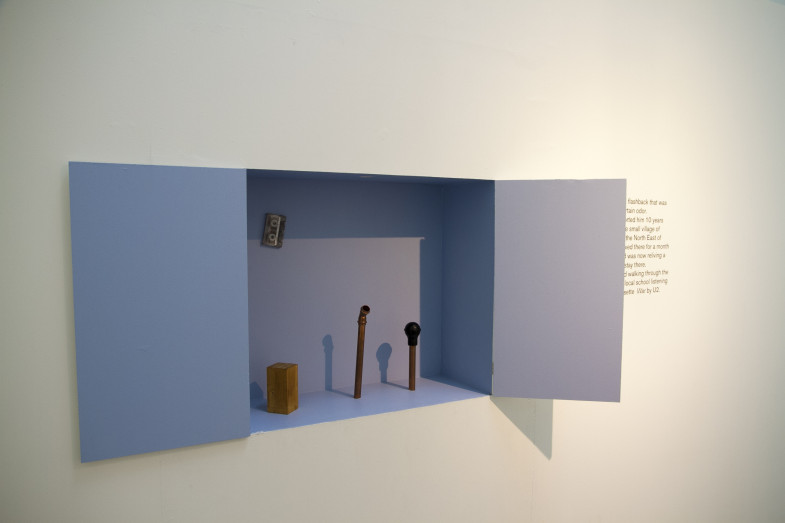 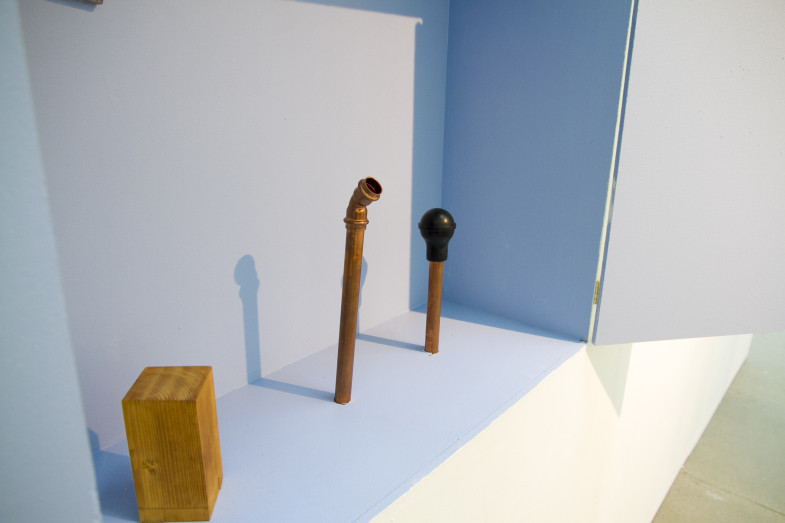 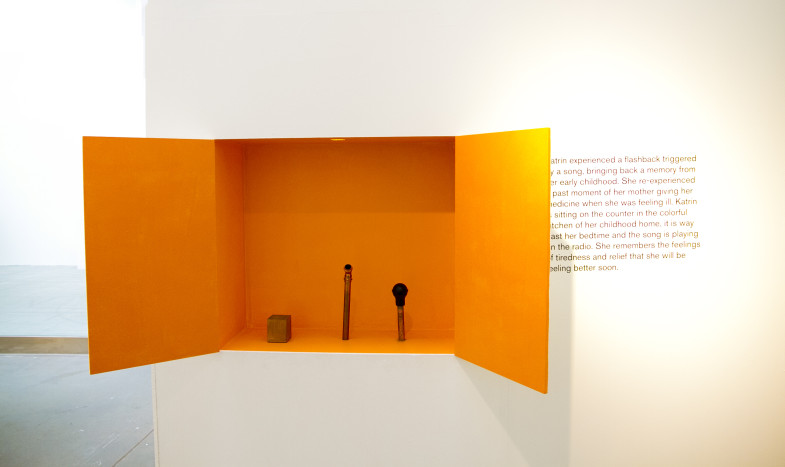 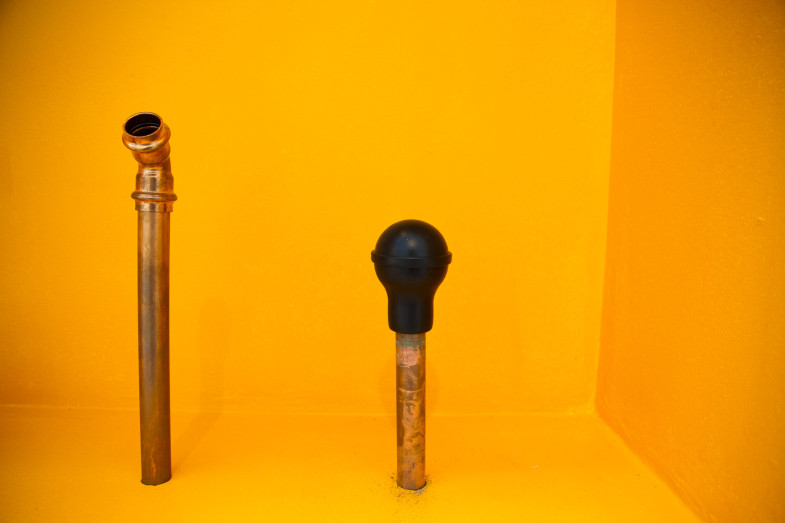