Seams like empathy is a word that people relate to differently.

The definition we have chose to use were: Empathy = the ability to under- stand and share the feelings of another.

We are always using our own history or spectra of lived situations to help us understand and interoperate the feelings of others.

Early on we decided not to synthesize our ideas but rather make new ones together. As we spoke we got couple of ideas but none was strong enough to stand alone. So rather to mash them up in one big pile of experience. We opted to make something of an empathy museum, Soon it became an interactive museum in the same vain as Tom Tits Experiment in Södertälje. In that way we could have many small tests under a big umbrella. In a simi- lar tune we talked about an empathy machine that would either create or measure empathy. We chose to go further with the later. On a related note we realized that we would have to have someone to operate the machinery, thus the doctor was born.

If we backtrack our process and discussions we did have some thoughts about trigger empathy without guide the empathy too much, we didn’t want to serve the guest what to feel rather create a situation where empathy can be triggered without too much guidance. If we would tell a story for exam- ple, we will guide the empathy. This is something that we in former tests already have tested (to trigger empathy through storytelling) for example Friðriks story when people had to close their eyes or Sara’s prototypes with stories. We find this to be a good way to raise a discussion, show a condi- tion or show different peoples perspective but in the EDG LAB we would like to go even further and test to trigger empathy without telling the story, the guests have to make the story themselves.

and that they would find it exiting with the doctor being their measuring their brain activity. His presence will make the guests with the measuring device think even harder.

(for the guest) a warm up to start to look at people and try to read/understand situations.

(for us) Se if it is possible for the guests to put in organic and measure different feelings towards each other.

(+ for us)  See what kind of feelings/thoughts the different situations triggers.

(for the guest) Ask them self why they did the choice they did.

Understand where in the body they feel instant empathy.

(for us)  See how they react when they are doing something they might instantly feel that they don’t want to do.

Understand where in the body they feel instant empathy.

(for the guest) Understand something about them self connected to empathy and self empathy.

(for us) See if the test makes them understand things about them self that are measurable.

(for the guest) Time to reflect, write down and share their own thoughts about empathy.

(for us) Se if this is efficient way to collect thoughts.

– a easy way to exhibit result

Make your own empathy kit

– A memory to bring with you from the event. 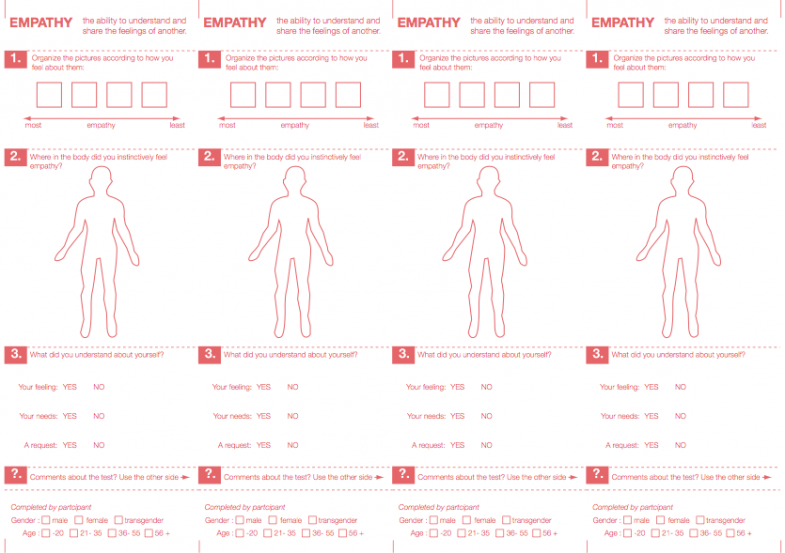 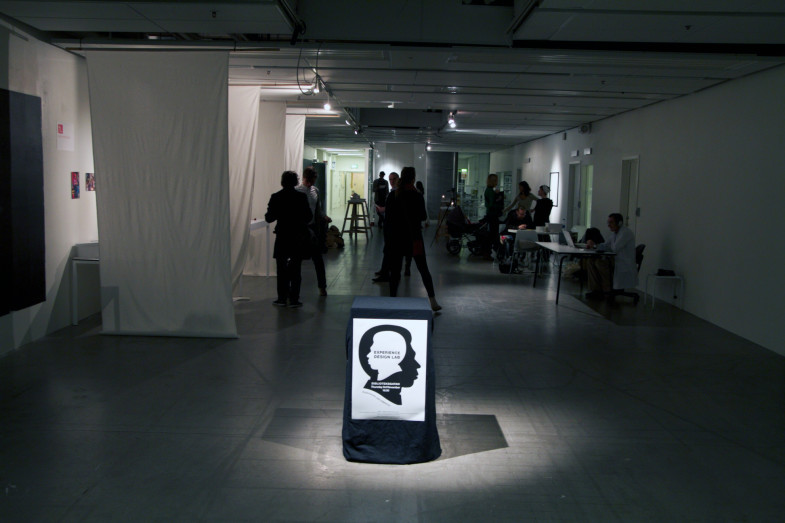 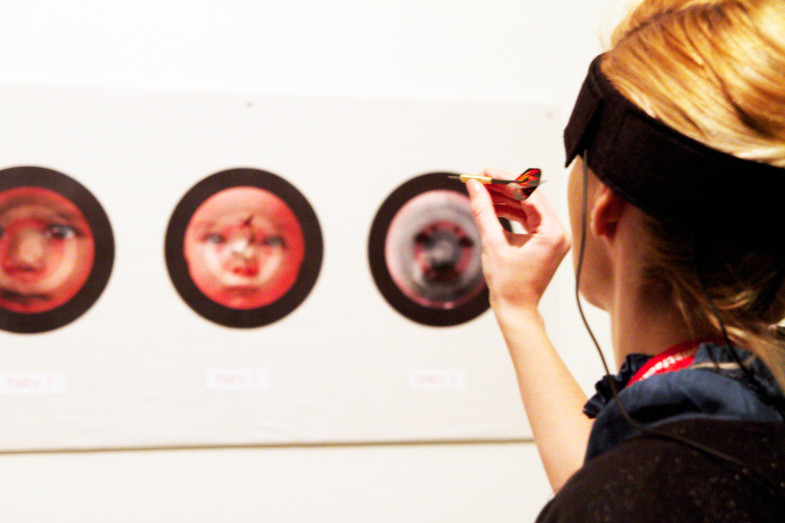 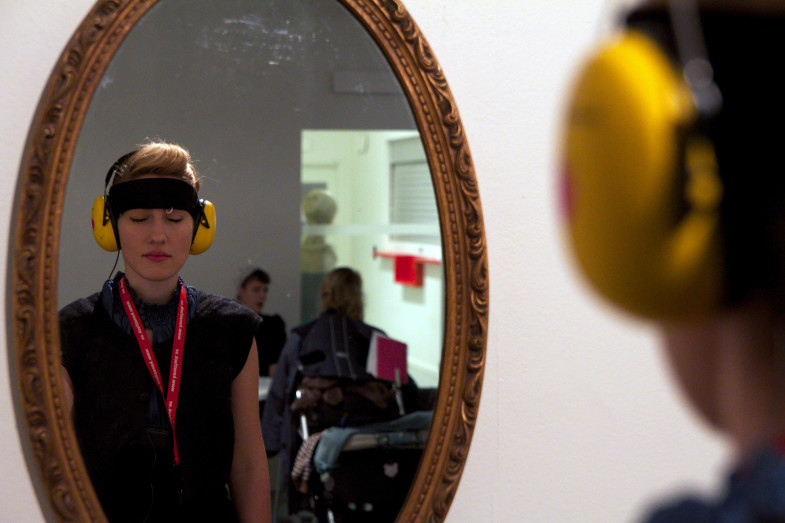 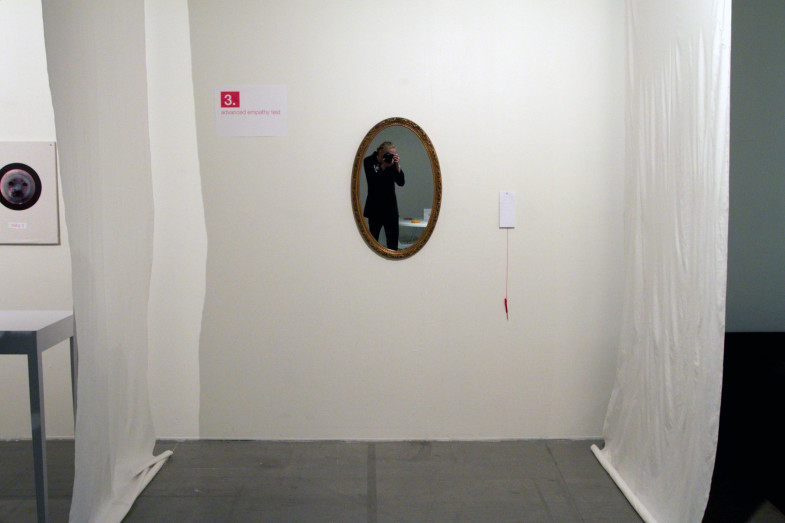 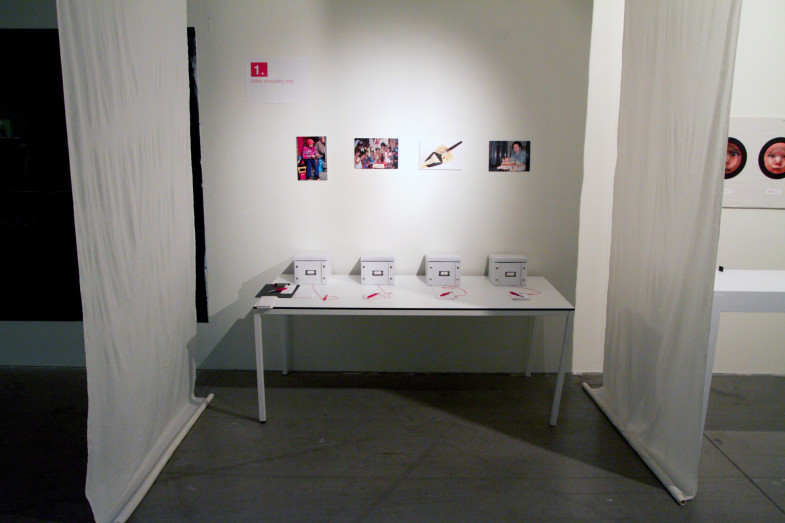 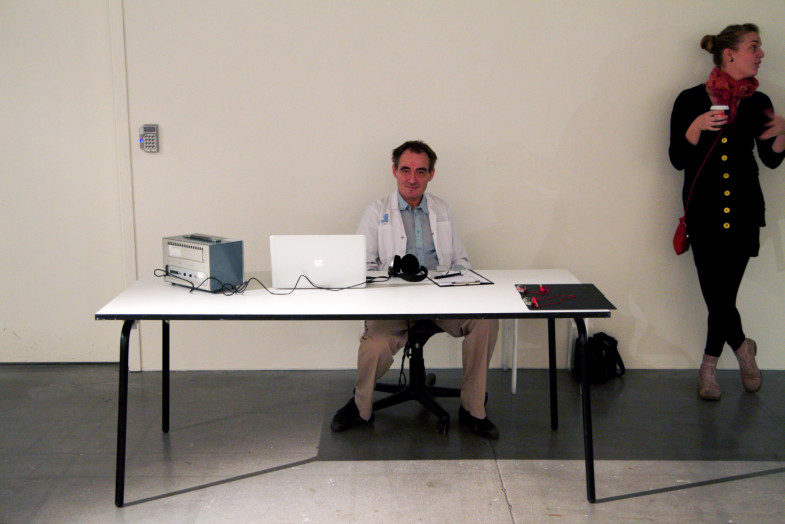 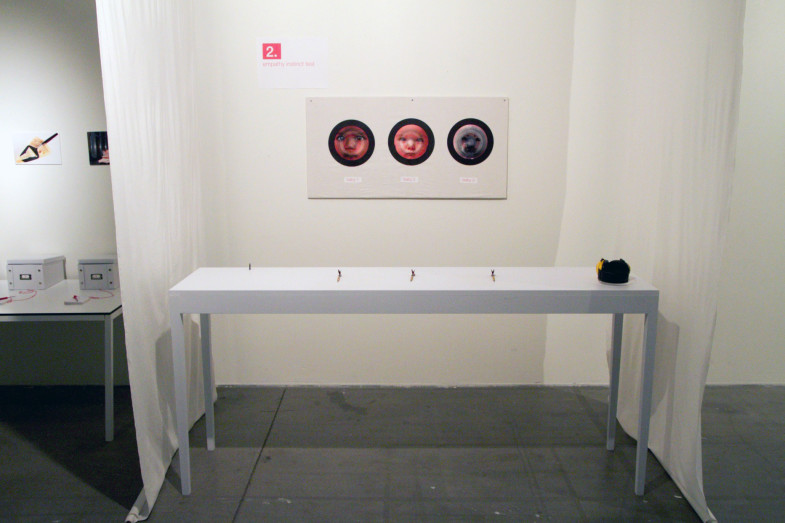 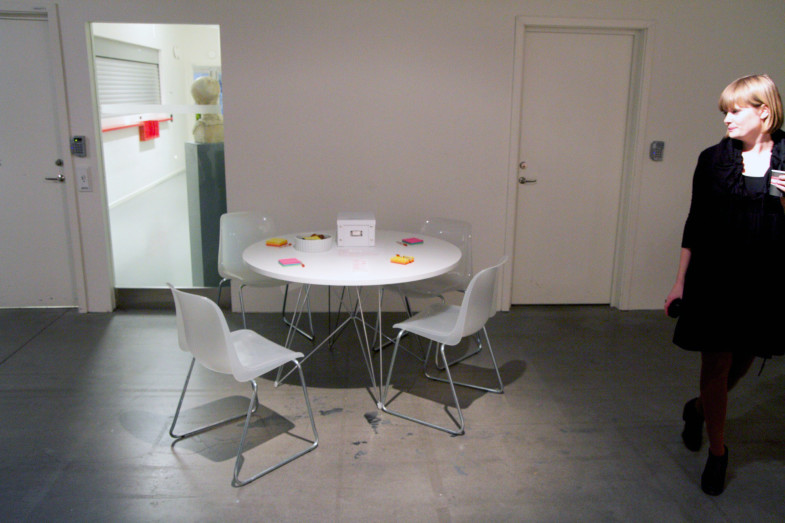 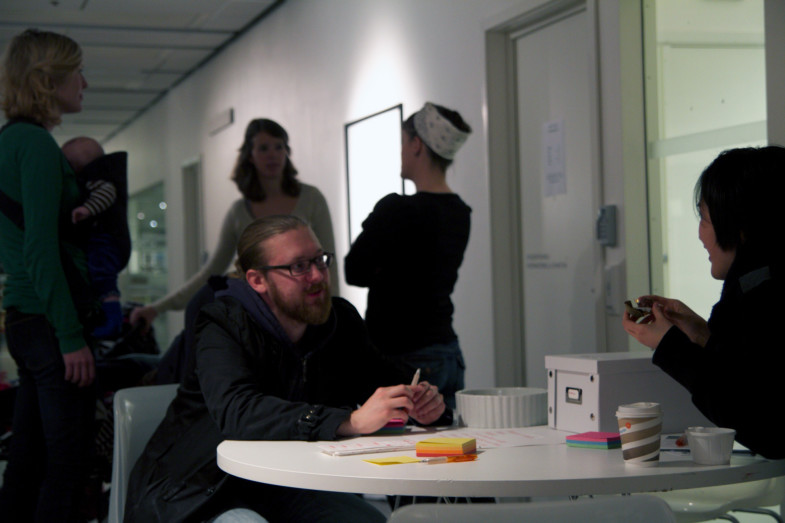 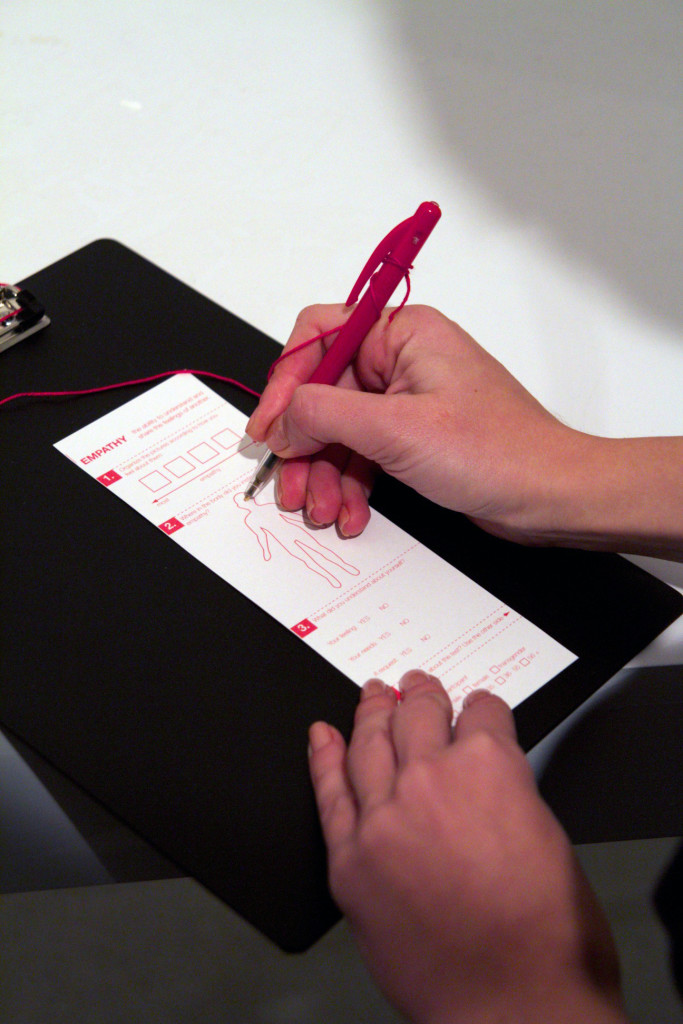 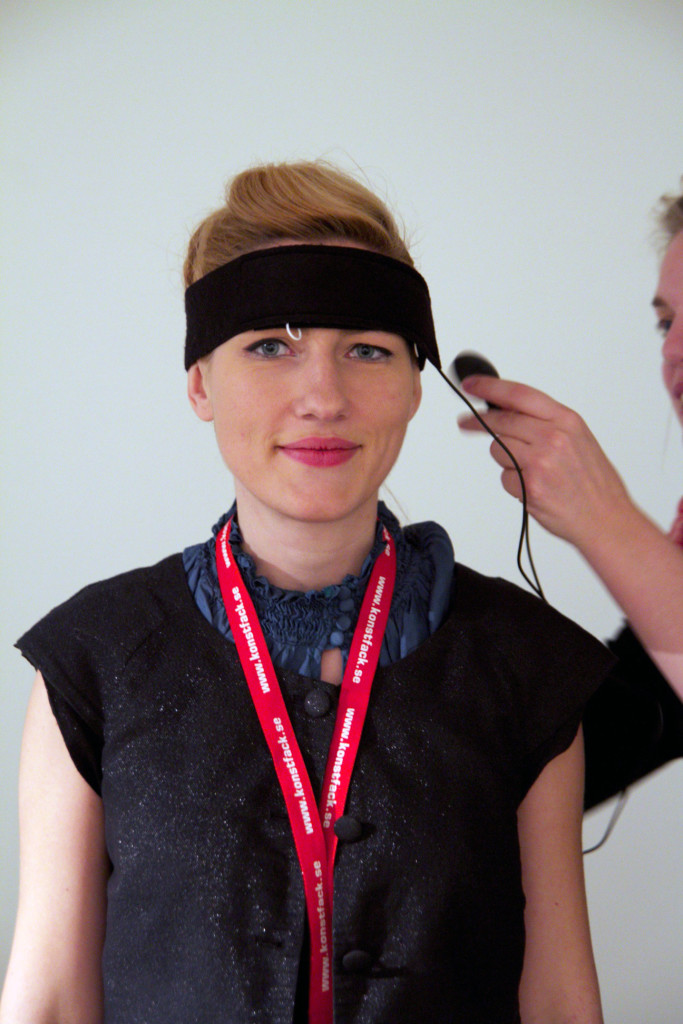 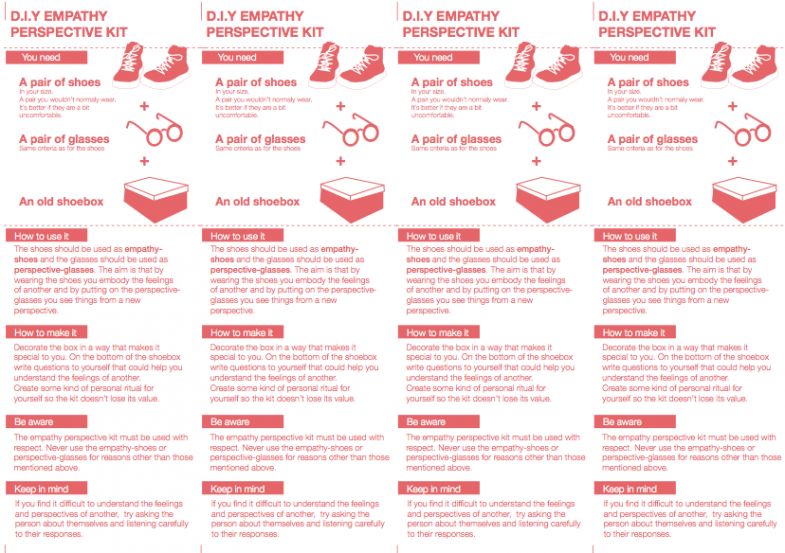