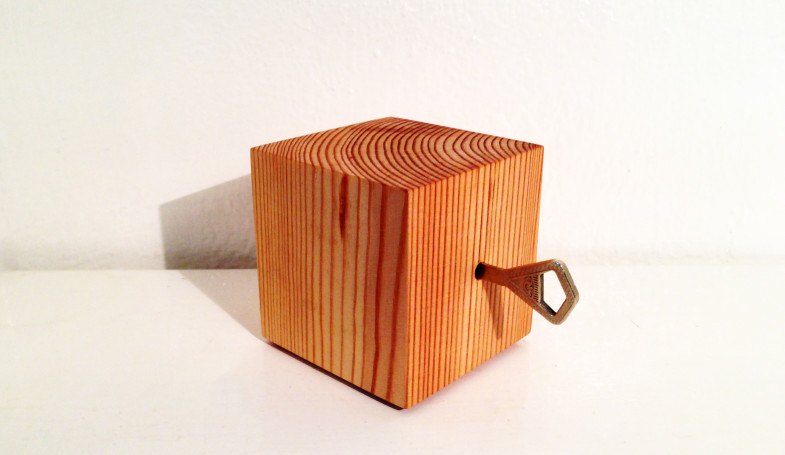 “an object, such as a skull, intended to remind people of the inevitability of death.”

Nothing reminds me more of the passing of time as a ticking of a clock does.  Since you feel time is moving you inevitably start to think of what is left of your time on this Earth.  This is an experiment to revive the Memento mori of the past to bring it in a more subtle but still a very powerful way.

Memento Mori is a clock that only tells you that time is passing.  In a way it’s time trapped in a box.

Choice of material is pretty obvious because no material shows time as well as wood does.